Becoming a member of the Hells Angels takes a long time, and it's not for everyone, to put it very, very lightly. People who admire the Hells Angels who aren't members can show their support by wearing support gear, essentially those items that show they support the group specifically but that don't break any of the numerous rules regarding apparel and logos.

Hells Angels logos are protected by a strict set of rules—so strict that the motorcycle club has taken companies like Disney to court for having cartoon parodies of the group. One of these rules is that non-members, no matter how supportive, can't wear specific logos or the group's name. There are items that supporters can wear. But if you are seen wearing anything restricted to members, including the famous vest, and you are not a member, you will be in trouble with the Hells Angels. They likely don't cut people slack just because they support the group.

Watch out for Counterfeits, Restricted Items, and Competition

You might be only a supporter and not a member, but support gear is distinct and should not be counterfeit. If you spot clothing that displays the name "Hells Angels," for example, that is not good support gear as non-members can't wear any Hells Angels logos.

One thing that often creates a problem is treating support gear as just another piece of clothing. You have to be careful not to wear support gear while also wearing support gear for a competing club. Even wearing Hells Angels support items, such as a recognizable patch, while speaking to competing motorcycle clubs can be seen as inappropriate. And again, you should never wear gear that is restricted to only members.

Realize What You're Getting Into

While not all of Canada has branded the Hells Angels as a "criminal enterprise," some parts have. Manitoba, for example, declared the group criminal in 2014. Other provinces like British Columbia have not declared the group to be criminal, but that does not mean that no one there thinks the group has criminal ties. If you wear Hells Angels support gear, realize what you're getting into. People, including law enforcement, may recognize the support gear. While the police can't treat you like a criminal just because of your clothing, individuals can develop a specific impression of you just based on what you wear, and that can affect their interactions with you.

Wearing Hells Angels support gear is not something to take lightly. Be sure you get accurate gear that adheres to the group's rules on who can wear what. You don't want to wear items reserved only for members if you're not a member yourself. 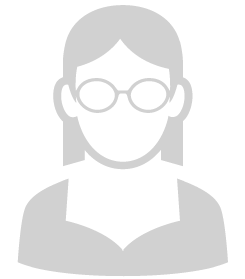 How do you dress? No, we don't mean to ask how you physically put your clothing on. We are, however, interested in how you go about choosing your clothing. We are curious about what styles people prefer and why. Perhaps it is this same curiosity that inspired us to start this blog. The articles we share here are, after all, about clothing and accessories. Some articles will be about specific clothing items, like pants. Others will take a more general approach. If you share our passion for clothing and learning why people dress as they do, then we're pretty sure you'll like it here.

Everything You Need To Know About Ties For Tall Men
10 May 2022
For tall men, finding the perfect tie can seem like a daunting task. With so many different shapes and sizes to choose from, it can be tricky to know …

3 Panty Designs That Won't Show Through Your Clothing
16 March 2022
While some women change into special lingerie before intimate moments with their partners, others enjoy wearing risque undergarments throughout the da …